Located 15 km from Remiremont, Plombières-les-Bains is a spa town marked by 2000 years of history with incomparable historical heritage. It was, from the fifth century BC, the place of a Celtic habitat. It was the Romans who, during the conquest of Gaul, discovered hot springs and founded the station. They then built their seaside buildings to take full advantage of the benefits of hydrotherapy. They installed a pool of hot thermal water for the Roman soldiers. The station was manhandled during barbarian invasions, but reborn from the Middle Ages. Over the centuries, famous curists will succeed: The Dukes of Lorraine, of course and their cousins the dukes of Guise but also Montaigne, Louis XV of France and his family, Voltaire, Beaumarchais (the first of his famous "Marriage of Figaro" took place in Plombières), Napoleon Bonaparte, Josephine and Hortense de Beauharnais, Napoleon III, Berlioz, Lamartine or Alfred de Musset and even Maupassant, Feydeau, Alexandre Dumas son ... have come to heal their ills to the waters Plombières. Today a charming and lively city, Plombières is the two-thousand-year-old spa that treats intestinal and rheumatic diseases from March to November. In an authentic and historic setting, the Balnéo Roman spa center Calodaé, offers all year round all the pleasures to relax and be in harmony with his body. Located in a valley on the slopes, it is a city with narrow streets that gives it a special atmosphere. The picturesque aspect rests on its 18th - 19th century houses adorned with architectural details and balconies in wrought iron, cast iron or wooden. Plombières is called the city of a thousand balconies. Moreover, there is a 1001st balcony just as unusual and unique: Gardens terraces. Stunning views of the valley are to be admired from the Coteau de la Vierge. 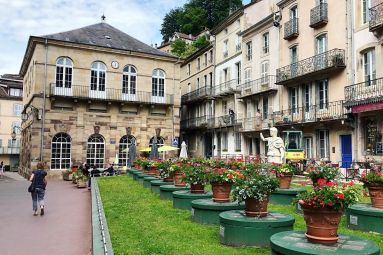 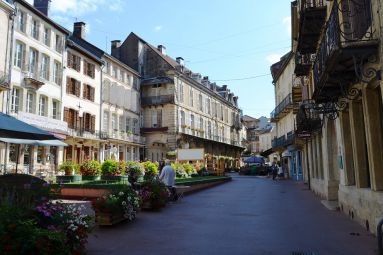 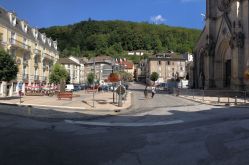 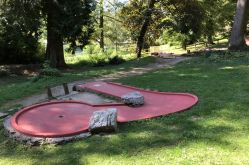 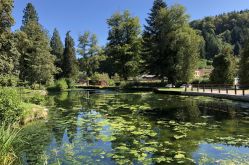 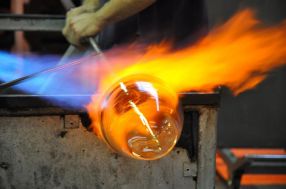 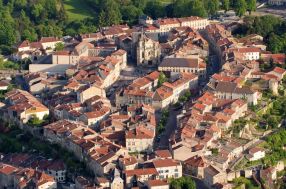 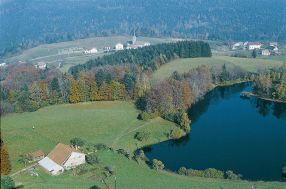