"According to the 18th century observations, it was a large rectangular open-air basin with at least one semi-circular end lined with four large sandstone terraces that remain in the vestibule of the current building. The soil, paved, rested on an oven or hypocaust naturally heated by hot thermal water.Two floods in 1565 and 1594, require repair work.Montaigne bathes in 1580. First reconstruction in 1702. Works of development from 1800 to 1817. Total reconstruction in 1837 on the plans of Grillot New building with rectangular plan, rounded ends, made of rubble and stone sandstone, partly covered with marble, it only retains the tank or hypocaust in the basement of the old bath Total reconstruction from 1936 to 1938 by Robert Danis The mosaic of the vestibule dates from 1938 on drawings by Robert and Franck Danis. Tibula has preserved the four Gallo-Roman steps. The north and south walls are covered with wall paintings by Frank Danis (restored in 1996). "(C) Historical Monuments, 2001. Exterior (Roman Bath Square) visible all year round Visit possible with access to the Roman Balneo Spa Calodaé. 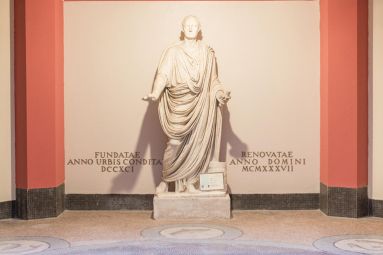 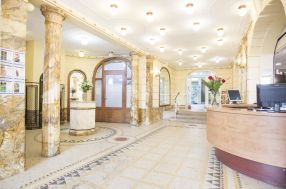 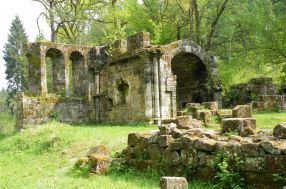 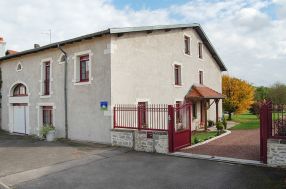