CLOSED UNTIL FURTHER NOTICENow called the Buvette Thermale, the National Bath has been in operation since 1936 and is located opposite the Temperature Baths. Formerly the Capuchin Convent (1651) it was sold after the Revolution to become a bathhouse. In 1809 Napoleon I nationalized the station and so the baths were rebuilt in 1811. You could swim in 4 small round pools that could accommodate 10 people each. These baths were a theatre in 1894. Finally they were redecorated and fitted out in 1936 by Benoît Danis (architect) and Franck Danis (fresco painter): The refreshment bar is bright and surrounded by a low wall covered with mosaics (this mosaic style, Franck Danis recalled it in the decoration of the Chapel of the Retirement Home). On the side is the bust of Napoleon I. Concerning the Buvette, there are 2 sources: the Source des Savonneuses and the Source des Dames. In 1683 was discovered by M de Rouveroye la Sources des Savonneuses. As for the Ladies' Source, it was discovered by the Romans. Statue of Napoleon I by Chaudet in the Thermal Bar. Front of the building visible all year round. 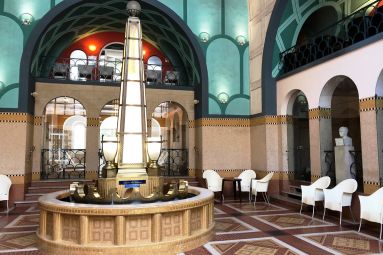 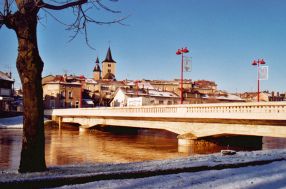 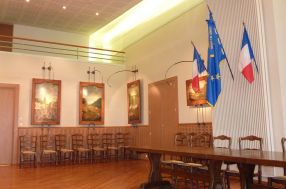 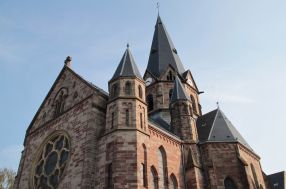