Former Fortified House from the end of the Middle Ages (15th century), the Big House is a notorious architectural ensemble presenting mainly Renaissance characteristics with a magnificent dovecote from 1658, mullioned windows and basement cellars, spread over two levels. A rectangular courtyard as well as three landscaped gardens offering a superb view of the Moselle complete the building:A secret garden: the parterre, a vast rectangle surrounded by high walls A priest's garden: dating from after the Revolution and of which the utilitarian nature of the garden still remains from this period with its vegetables, vines, fruits, aromatic plants A school garden since the end of the 20th century. Over the centuries, the Big House has become the major building of the village, in turn "Residence of the provost" under Jean Raguet - canon of the cathedral chapter of Toul (1604) and other canons, property of the nobility, then finally " Good of the Nation". Today, it hosts the administrative services of the town hall and various cultural events.The village church is also fortified: shooting windows (late 12th century).Every year, the Big House hosts various temporary exhibitions on an artistic theme in summer and opens its gardens and courtyard during the day.Possibility of visits for groups all year round by reservation on 03 83 64 90 60 or by email at groupe@tourisme-terrestouloises.com 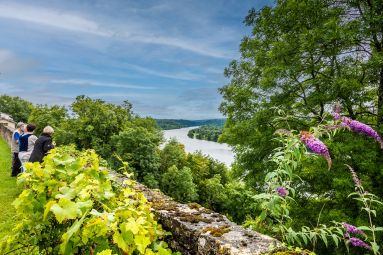 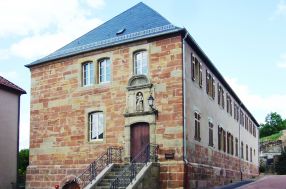 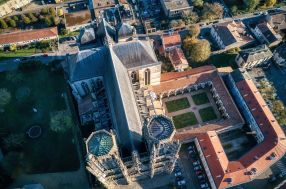 ST STEPHEN'S CATHEDRAL AND ITS CLOISTERTOUL 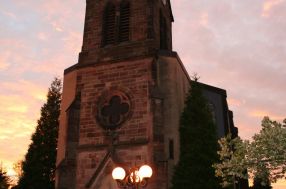