In 1830, this place of worship dedicated to Saint Laurent and which had been extended in 1779, was demolished and rebuilt on the same site, but larger, with a slightly different orientation, and surrounded by a cemetery. Between the years 1860 and 1864, a new tambour and a new bell tower were built, the latter being topped by a pyramidal spire with one of its edges pointing south. The church was severely damaged by bombing at the end of the last war and had to be abandoned for 4 years. Repairs were only carried out in 1949, and the spire on the tower was completely rebuilt, this time with one face rather than one edge looking south. 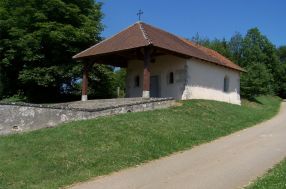 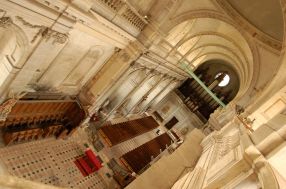 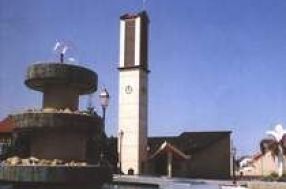