Thousands of years ago, the Moselle river did not follow the same course. At Toul it turned Westflowing into the Meuse river. The digging by a small river towards the East, created a micro-change in the landscape. The Moselle ending up at a higher level than the Meurthe river, she was captured by it, turning East, away from its original course.La Boucle de la Moselle –The Moselle river loop is the name given to that portion of the river that surrounds the city of Nancy by the West through a varied and bucolic landscape. The two rivers: the Moselle and the Meurthe are fairly close and at a similar altitude. They were interconnected at the end of the 19th century by a canal. This new junction was included in the national navigation,East-West and North-South routesand becametheimportantwaterways crossroad in Lorraine.The Moselle river loop is now a space for exchange between towns and countryside, between World Heritage and Lorraine Heritage that is easily accessible. Come and discover its landscapes, its gastronomy and its history during a two-day bike ride, for example. 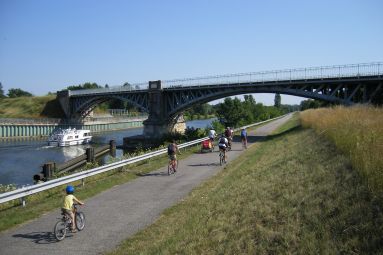 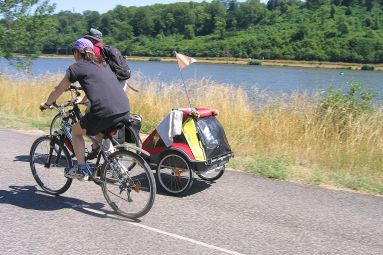 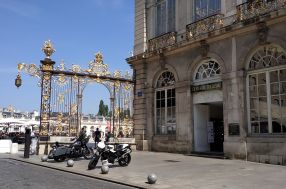 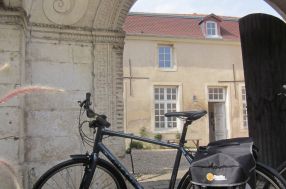 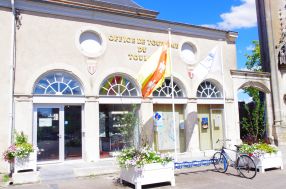