This sandstone rock which can be found not far from Lemberg, bears a scuplture whose origins relate without doubt to a funeral. In a rather crude execution, two characters smaller than an average human stature, are represented. they represent a couple of peasants: each one is housed in a niche. A smaller third figure, very roughly sculptured, can be found to the right.Triangular and cross signs are engraved in the bottom right hand corner of the rock. These are considered to be runic signatures.The rock used to be called "Drei Bilder Felsen". The name is Frenchified and translated as the Rocher des Trois Figures (the rock with three figures).The valley below is naturally known has "three figures valley" (Dreibilderthal). 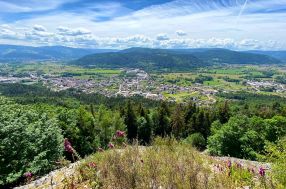 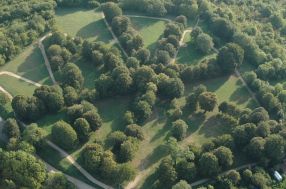 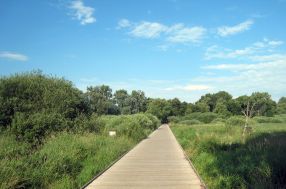