The Association for the Safeguarding of the Castle and Heritage of Frauenberg is pleased to present the rich historical past of the village through the 23 stages of this tour. Frauenberg is certainly the 'Frauenburg' (ladies' fortress), a castle where families related to all the European aristocracy, including Russia, have succeeded one another. But there are also many places and events that have marked the history of the village. As early as the early Middle Ages, a row of houses along the Blies between the rise to the castle and the crossroads to Blies-Schweyen, together with a mill on the Blies, formed the hamlet of Linterdingen, first mentioned in 1273. The first mention of Frauenberg dates from 1628. At that time it was only a few houses built around the church, which was Protestant at that time (Place St Jaques). Linterdingen and Frauenberg coexisted in these forms for half a century. Around 1680, the remains of the two villages, which had been ruined after the Thirty Years' War, took the name Frauenberg. After several centuries of existence, Linterdingen thus disappeared for good. 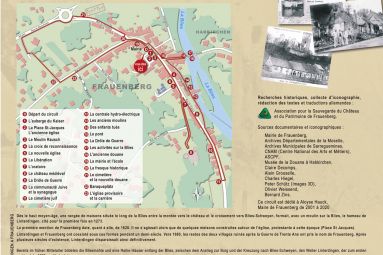 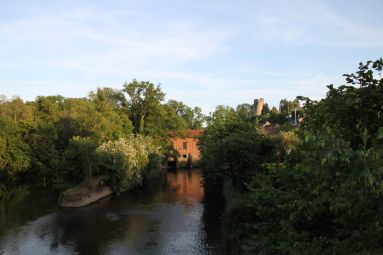 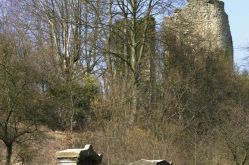 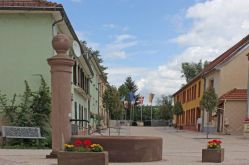 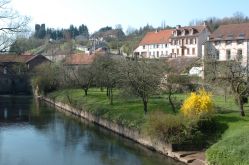 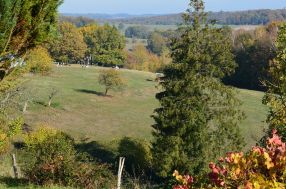 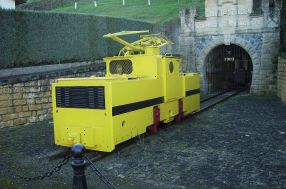 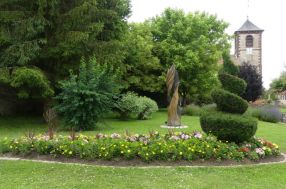