The secret hideaway of the former naval heavy siege gun known as Long Max was hidden 25 kilometres north-east of Verdun near the community of Duzy in Warphemont Wood. Installed by the Germans in 1915 as a preparation for the attack on Verdun, it was a monster with a 380mm calibre gun on a fixed concrete emplacement with a central rotating platform and capable of firing shells weighing up to 750kg. It was the focal point of a highly complex supporting system, with command centre, secured tunnel workshops for shells and powder charges, railway track for delivering materiel and further back, housing for the sappers and marine detachment crew. The site was abandoned in 1917. The emplacement was discovered to general stupefaction in 1919, and such was the interest, it was classed as a major war relic, then as a Historical Monument in 1924. The gun and carriage were removed and it was left undisturbed for about 80 years. The Spincourt Communities group put in place a renovation and historical rehabilitation programme in 1999 in conjunction with the behind lines German concrete development site at Camp Marguerre. 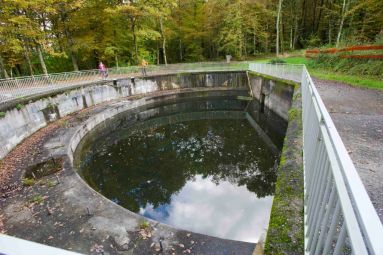 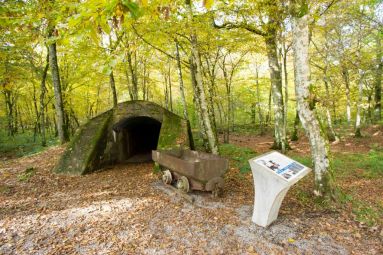 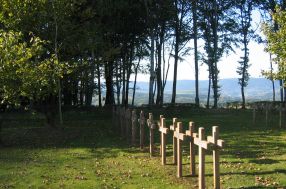 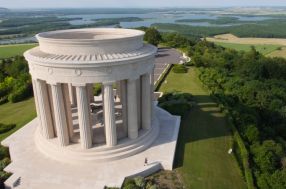 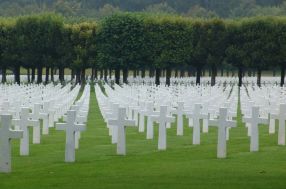