Eparges Ridge has a commanding position over Woëvre plain, overlooking the opening to Metz and was the scene of dreadful conflict, particularly in 1915. The sector included the forest road of Calonne, where the flowers of French literature were tragically lost, including Alain FOURNIER (The Grand Meulnes) and Louis PERGAUD, both killed in 1914. Jean GIONO, Ernst JUNGER and the author of ‘The Men of 1914’, Maurice GENEVOIX, were profoundly influenced by the appalling conflict. An offensive to recapture the dominant head point over the south side of the Meuse was launched in 1915 by the French army on Eparges Ridge. The German army counter-attacked and battle was waged underground, as well as on the surface. Both sides dug tunnels and set mines and explosives in the hills. The sector was taken in 1918, but the war-scarred craters remain today. The commemorative monuments include that of the 106th Infantry Regiment, the Engineers Monument, Point X Monument, 302nd Infantry Regiment, The Cockerel Monument and viewpoints from Point X and C. Le Trottoir War Cemetery for the French fallen is at the foot of the hill.

Visit on your own at all times, guided tours with advanced booking, educational tours, signposted footpaths, tour of exterior only 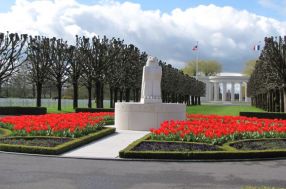 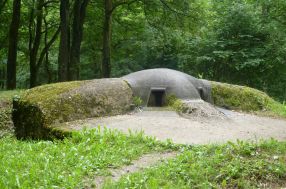 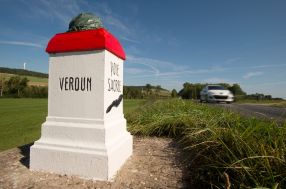