Located in the heart of the Vosges Mountains at an elevation of 1,200 m, the year-round refuge offers holidays, leisure activities and mountain sports adapted to everyone. Listed as a “Tourism & Handicap” establishment.

It’s 6 a.m. We’re meeting Pierre at the Refuge du Sotré in Xonrupt-Longemer. Then we’ll set off on the Crest Road for an encounter with chamois.

We were early to rise this morning. Pierre, our mountain guide, is waiting for us at the Refuge du Sotré. It’s a bit chilly. Our first wonder of the day comes from the light of the sunrise. We take in the beautiful view of the valley and the lake of Xonrupt-Longemer.

We introduce ourselves and then our little group heads out across a beech tree forest, the last one before the summits. The landscapes quickly and drastically change as the horizon opens onto the upper pastures: lands covered in heather and bilberry shrubs. The few trees that grow here have a strange, windswept appearance.

The sun, rising over the Vosges Mountains, is blinding. Pierre takes the opportunity to pause and show us yellow gentian plants, used to make the famous eau-de-vie. He also points out the last remnants of the tramway of the Schlucht mountain pass that brought the first visitors up here in 1904.

We’re now coming up on the peaks. The path is narrower with a dizzying view of the steep slopes. In the distance, the landscape stretches out to the Alsace side of the mountains. The only sound is singing birds. The chamois must not be far.

We continue walking and Pierre suddenly stops: he has spotted 2 chamois on the side of the mountain. They’re far off, so we observe them through binoculars, thrilled to discover these wild animals in their natural habitat.

We walk along the ridge as Pierre continues his botany class. At our feet, the ground is covered with wild fennel. With each step, its scent fills the air. Just nearby, there’s wild arnica. This lovely yellow flower is well known for its medicinal properties and multiple virtues. We have to touch with our eyes, as picking the flower is regulated.

We see some more chamois, closer this time. “Be careful, we absolutely cannot disturb them,” warns Pierre. “Here, the fences aren’t for the animals, but for us. We are in the heart of the Ballons des Vosges Regional Nature Park. We must respect nature.” We quietly enjoy the show for several long minutes.

We arrive at the summit of Hohneck, at an elevation of 1,363 metres. We take the time to admire the 360° panorama. With the clear sky, we can see the Alps and make out Mont Blanc.

The sun is now much higher in the sky. It’s time to go back down to the refuge. We’ve been walking for nearly 2 hours and we have crossed paths with only a few other hikers. The prairies are once again covered in flowers and tall grasses. One last delight: another chamois appears, just a few steps away from us, as if guiding us along the way back. He crosses over the path and disappears into the distance.

At 8:30 a.m. we catch sight of the roof of the Refuge du Sotré. The hike has come to an end. While the first residents are just waking up, we have a well-deserved breakfast on the terrace of the refuge. A chance to share with Pierre in the magical moments we just experienced. We saw around fifteen chamois, admired breathtaking landscapes, discovered local fauna and had a lovely meeting. 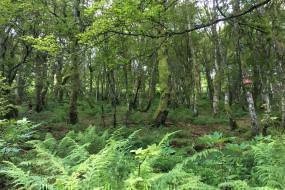 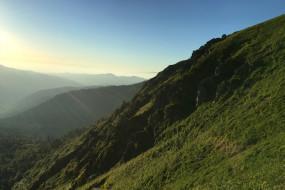 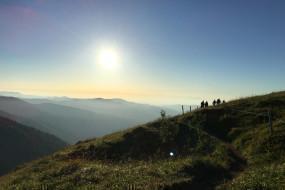 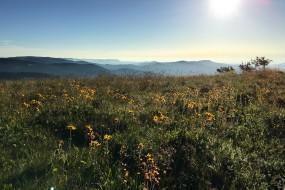 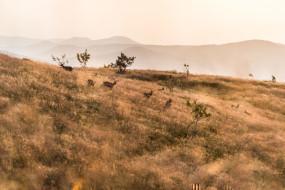 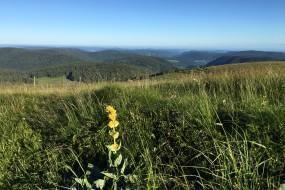 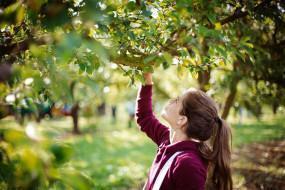 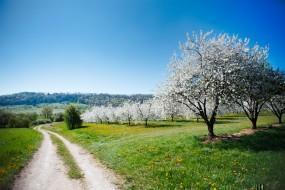