Located in the middle of a field, the Reillon's Cemetery is, with its simplicity and its harshness, the most impressive of all the military cemeteries around Lunéville. In this Cemetery, a 15 450 square metres area, lie the dead bodies of 5 428 german soldiers that have died in the surroundings during the 2 World Wars, moreover lie the dead bodies of 1 326 french soldiers killed between 1914 and 1918, and also of 2 others french soldiers from years 1939 to 1945. Built in 1920, after the fightings in the Vezouze's country, the Cemetery gather together the dead bodies from the neighbourhood military cemeteries : Thiébauménil, Leintrey, Vého, Laneuveville-aux-Bois and Domèvre-sur-Vezouze. The last repair in Reillon's Cemetery was in year 1955. Inside this Cemetery, you can discover war memorials about the 223th and the 333th Regiments, that have fight in the surroundings from September 1914 to September 1916. Free access, every days in the year. 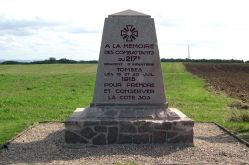 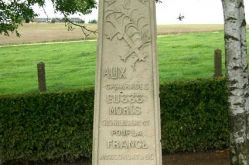 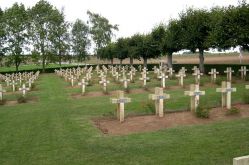 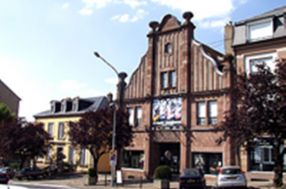